This is arguably the most sophisticated yet the most fun to use delay plugin the world has ever seen. Or heard.

A conventional delay constantly processes and echoes all of the audio on the input. Multitude uses gate sequencers to control sends into four individual delay lines – allowing you to activate them at precise moments in time. Want a delay only on that particular note, chord, or hit? With Multitude, you can do this. And so much more. 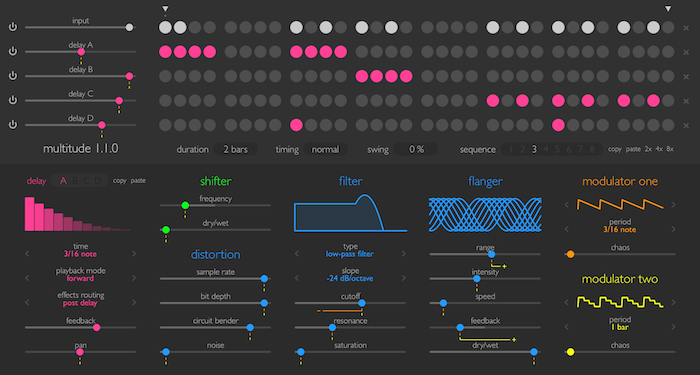 Multitude features a highly visualized, color-coded user interface that has been calibrated for both indoor and outdoor lighting conditions. Thanks to extensive use of OS X Core Animation and Accelerate frameworks, it provides an unusually smooth, delightful user experience – and at the same time, efficient internal processing.