Dipole is a through-zero flanger effect plugin. It employs two delay lines with dual-mode feedback, and one of the delays is able to run earlier or later in time in relation to another. As this time difference passes through the zero point, a very special sound transition occurs: with positive feedback, Dipole produces that coveted spectral “swoosh” effect of a jet plane fly-by – and with negative feedback the output signal warps and eventually cancels itself out. In the old days of audio production, such effects were created manually using two parallel tape machines - but now Dipole recreates that charismatic flanging, chorusing and psychedelic stereo widening with much higher fidelity and ease of use. The plugin offers both manual control of the zero point as well as modulation via its built-in multi-waveform generator. 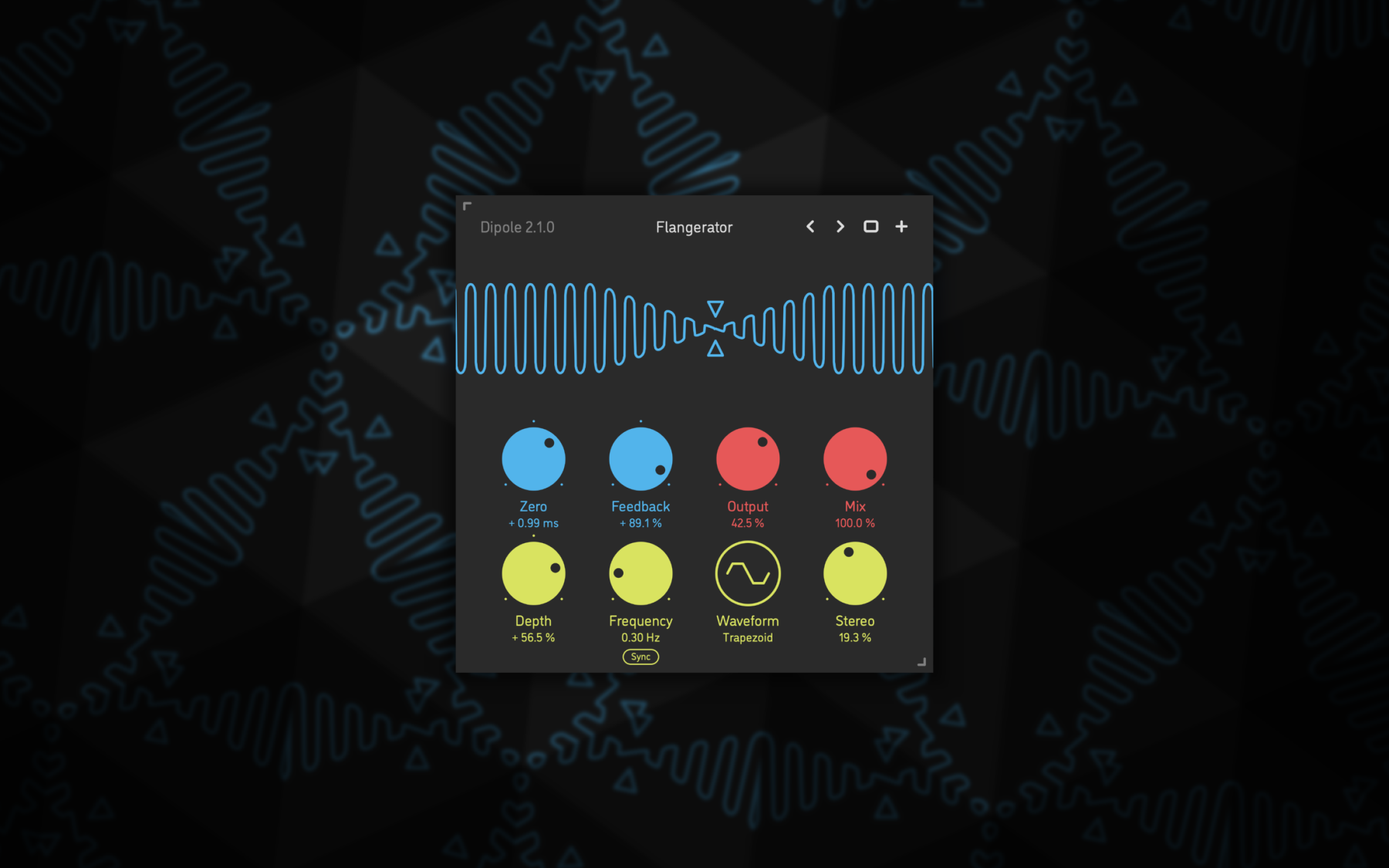