Luminance is a plugin for creating “shimmer reverb” effects - unreal acoustic space simulations which gradually pitch-shift the reverberation tail upwards or downwards. It is a novel take on this highly coveted effect, based on a modern feedback delay network design with a built-in granular pitch shifter, and featuring many original tricks such as alternating-phase time scale modulation. Thanks to the unique, meticulously executed tuning of its individual components, Luminance possesses a fresh and highly musical character: it smoothly follows the original melodic content and creates a gorgeously beautiful background sound layer reminiscent of a dreamy symphony of strings or pipe organs – with organic depth and expansive stereo field. 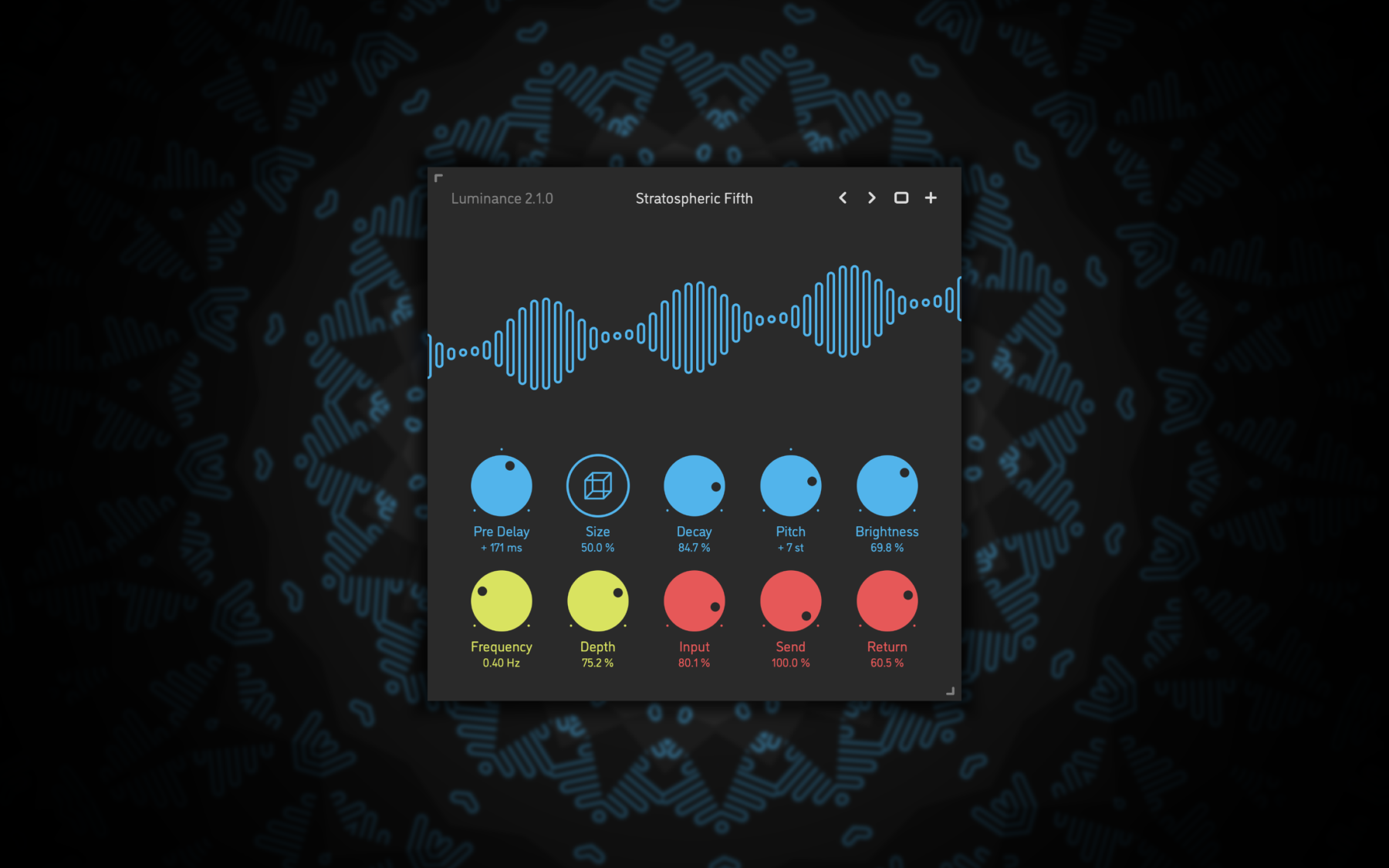 Luminance has the advantage of sounding unique, utterly beautiful, and with a clear, simple interface [...] It’s probably the most accessible take I’ve seen on the idea, and the results sound modern and fresh without being too unfamiliar. In short: it’s some dreamy sauce you can add easily to anything. – Create Digital Music